Google Penguin and Webspam Penalties – Where Will it All End?

And so it has begun - Google's unquenchable thirst for Black Hat blood. After years of passive dislike and the quiet devaluing of links the webspam team have decided that enough is enough. And that decision has huge potential ramifications for every business on the web.

On March 23rd Google unleashed the latest iteration of Panda (or the first of Penguin) that was the first battle in a new kind of war, the likes of which we have yet to see. By actively pursuing penalties they went from a strategy of giving great sites a hitch up the rankings to one that sets out to destroy those it deems to have stepped thew wrong side of the invisible line they call their Webmaster Guidelines. Then last month we saw Penguin raise its half-flipper-half-wing in our direction, putting an end to the kind of Black Hat techniques that had been the bane of most white hat SEO's lives the past ten years or more.

The fallout has been significant, as you would expect when people's livelihoods are on the line, and this post is inspired by the dozens of conversations we have since had with desperate business owners hit with penalties.

We are helping as much as we can but the process has made us think deeply about what the ramifications of Penguin really are now, and how it alters the future of digital marketing. Below we have captured two arguments, for and against the changes and have also asked some of the most respected experts in the search marketing business for their own thoughts on what it means.....

An Argument Against the Current Strategy:

The problem is this: 'guidelines' by their very nature are not black and white. And it's a scary thought to think that people's livelihoods - the very homes they raise their families in, are being put at risk by a (potentially) subjective ruling made by a bunch of highly intelligent left brain engineers in California.

The concern is that while Google undoubtedly has perhaps the best brains in the business and a higher density of IQ crammed into the Googleplex's 129619 square metres than perhaps any other space on earth, how much of that is really plugged into the 'real world'? Do they truly understand the real impact their decisions have on real people - and quite often people that are 'caught in the crossfire' as Google hacks off lumps of the web graph in its bid to rid the world of blog networks and 'web spam'?

Then there is the 'collateral damage'. Can Google ever apply an algorithm that fairly penalises? We very much doubt it, which is why they should stick to devaluation on such a subjective subject.

As we write this the search engine is preparing to unleash another round of penalties designed to remove further 'spam' and there is no sign of let up. Where will it end?

An Argument FOR the Current Strategy:

The internet, and Google, is maturing and in doing so must begin abiding by the principles and rules of the tangible world. Google is now a big business with big shareholders and there is pressure from all around to protect revenues from any possible threat - web spam and algorithm tinkering included.

If an algorithm can be written that protects their core search ad business by improving the quality of search results then that ultimately benefits everyone - the business, its shareholders and the very people using Google on a daily basis - it's customers.

Google needs to step its game up in the face of a changing digital landscape and by embracing social and schema and killing anything that steps the 'wrong side' of its line it keeps the company competitive and able to concentrate on adding value right across the web.

Which side do you sit on?

Google's power to reshape the future's of millions of people's lives is one that is sure to be emotive and after speaking to scores of people over the past few weeks we know that to be the case. There is a huge amount of anxiety out there right now - from business owners to SEOs - as there always is with great change, but the key to putting any concerns you have to bed is understanding and that's why we've asked the biggest names in the business to give us their take on the future... 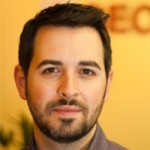 Rand Fishkin (Founder and CEO SEOMoz)'I'm really excited to see Google finally standing up for the principles and the tactics they say they endorse, while penalizing those they claim to be against. It's Google's engine, their algorithm and their rules, but I've consistently worried about the perception of hypocrisy when bad links prop up bad sites for so long."

"This update wasn't perfect by any means, and in some cases that have been pointed out, the sites that rose were even worse than the sites that fell. However, IMO, it did improve relevancy and quality in a macro-sense, and it's a tangible action to demote those who invest in non white hat tactics. That's something we need more of in the SEO world.' 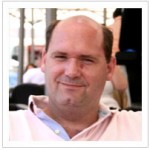 Bas van den Beld (State of Search Founder)"To be honest, the only reason your job should be depending on Google's algorithm is if you work at Google. Website owners and marketers need to realize that they need to focus on the visitors, not Google. There are many ways of reaching these visitors and if you take the position of those looking for products like the ones you are selling you will be able to understand them and act on that. If you optimize that Google can penalty anything they want, it won't affect your business." 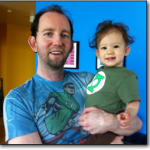 Dr Pete Meyers: (SEOMoz kingpin and President of UserEffect)"I think the days of the internet frontier are over. The online world reflects the offline world, and Google is a $40B business that has to live in a world of investors and big brands. It's tough for a lot of small and mid-sized business, because they have to diversify, in theory, and not trust their survival to Google. I've seen businesses live and day by an algorithm update too often this past year. Moving forward, I think it's critical that business understand their value proposition and diversify around it. SEO is a part of that, but it should be integrated with other channels." 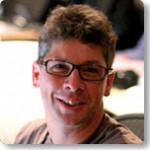 Danny Sullivan: (SearchEngineLand founder)"I think that if it really works to wipe out spam that Google has warned against but which has clearly still worked in some cases, great. Whether it’s doing that in reality remains to be seen. Everyone’s still trying to assess it now." 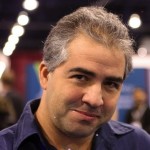 Michael Gray (Wolf Howl founder)"SEOs are always going to try new tricks and Google will try catch them, some people will always get falsely penalized as collateral damage. It's been that way for years. I don't really see things being that different. Google is just raising the bar and website need to be more awesome and have real media & social data to make the grade."

What do you think? We'd love to hear your opinions below so please leave a comment below....