Social Media… in a Crisis!

Thanks to the power of social media, news breaks in real time, whether it’s good, or bad, and the ability to share information can lead to anything going viral at a frightening pace. Whilst this is great if you are a 5-year-old who knows all the words to Nicki Minaj or your kid brother has just bitten your finger (and it really hurt), it’s not so great if you’re an organisation in the middle of a major crisis.

So, the question is; how can you use social media to your advantage in a crisis rather than having a ‘HASHTAG: Face Palm’ moment?

Are your ears burning?

Make like a 13-year-old girl and make it your business to ensure you know who is talking about you, and what they are saying!! And then pull their pigtails.

No, seriously though, think about it, if your boss is yelling at you and you put your hands over your ears, they won’t stop yelling; you’ll only stop hearing them. It’s incredibly important for any brand to ensure they are keeping tabs on what’s being said about them on the major social networking platforms. This can be as easy as setting up Google Alerts or using social software like Hootsuite, Sprout Social, CoTweet, or Argyle to track your brand and social accounts.

By interacting with, and listening to your audience you can provide them with real information about your brand. Listening includes responding to, as well as noticing comments and social media mentions, even if they are negative. Ignoring and deleting social mentions and comments allows a one-sided conversation to become viral, just as gossip does. 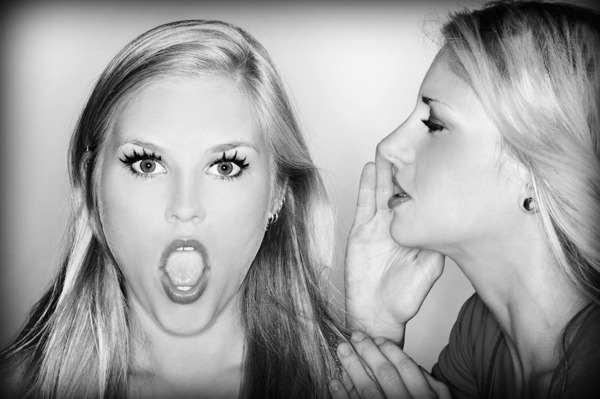 TIP: Don’t delete negative comments - This is the social media equivalent of hanging up on someone when they call customer services.

Interacting via social media will allow you to… 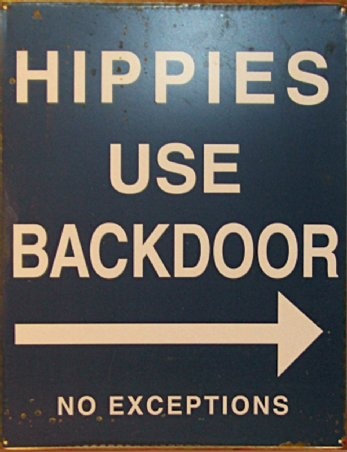 No, we don’t mean Charles Manson-style with an abundance of ‘free love’. Using social media to build a community will ensure that when a crisis occurs you already have a team of people who’ve got your back.

But, how do you build that community?

Yes, you are. And if you treat your brand as if it’s an actual person building a community will be a whole lot easier! Don’t bombard your audience with information, give it to them in the form of a conversation.

Koozai’s Matt Powers has written an interesting piece entitled 5 Ways to Build Your Social Media Audience from a High School Perspective that does exactly what it says on the tin. Building your audience and engaging with them will grow the positive community you need, before you need it.

When Kraft Foods posted an image of their rainbow Oreo Cookie in support of Gay Pride Month they suffered an unexpected backlash from users who felt rather strongly regarding the issue. Their loyal fans immediately jumped to their rescue to support their beloved cookie, proving that Kraft Foods were definitely doing something right with their social marketing and that your community is your most powerful ally.

In the words of Taylor Swift (albeit, slightly paraphrased):

“We are never, ever, ever going to mix our brand with anything personal!”

This is a rule that US company Kitchen Aid have learnt very recently. Whilst watching coverage of the US debate, a member of their Twitter team mistakenly tweeted a message referencing Obama’s late Grandmother using the Kitchen Aid Twitter handle, rather than their own. 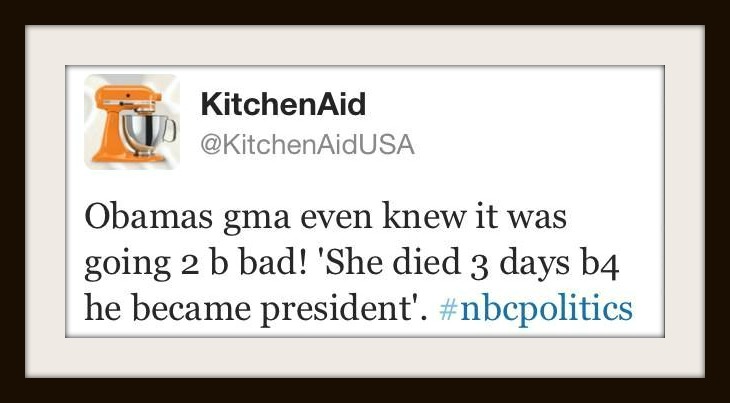 If that’s not a face palm moment, we don’t know what is. The company quickly apologised to their 24,000 followers and the head of the company issued a personal apology to President Obama himself. The speed with which Kitchen Aid acted is a clear indication of a company that understands the impact social media can have on a brand.

The need for speed

In a crisis, as above, it’s even more vital that you respond at the speed of lightening when it concerns social media. The Internet won’t wait for you to respond before spreading the news of your crisis so the quicker you respond and action your social media crisis plan the easier it’ll be to salvage your brand’s reputation.

Acknowledgement: Whatever you do, ignorance is not an option! Acknowledge what has happened and gather all of the information possible – what, why, when & how.

Apology: Ensure that you use social media to your advantage at this point, issue an apology immediately and ensure that everyone from your customers to your partners and stakeholders are kept in the loop. Even if you don’t know everything at this stage, show that you are listening and responding to the people affected. This is the time when CEOs can have their say, this works especially well for SME where the CEO is the brand. When the CEO of a brand acknowledges a mistake and apologises a company takes a further step to being seen as a human entity.

Action: At this point, as a company you will be taking action, shout about it! Let your audience know what you are doing to rectify this mistake, right down to individual steps.

TIP: Your messages can easily be lost in the constant stream that is a social media news stream – repeat your relevant messages to ensure that they are heard.

In a major crisis it’s absolutely vital that you respond to all comments and mentions – try acting like a human being; admit your faults and explain you are dealing with the problem. Giving your responses a humorous edge should turn a negative into a positive.

Back in July, O2 provided a sterling example of how to calm a storm, using Twitter. After widespread network issues that affected thousands of customers @O2 was completely inundated with messages. To everyone’s surprise, rather than issue a textbook apology O2 chose to respond in the most human and honest manner anyone had ever experienced.

As well as direct messages, O2 refused to ignore even the most derogatory messages: 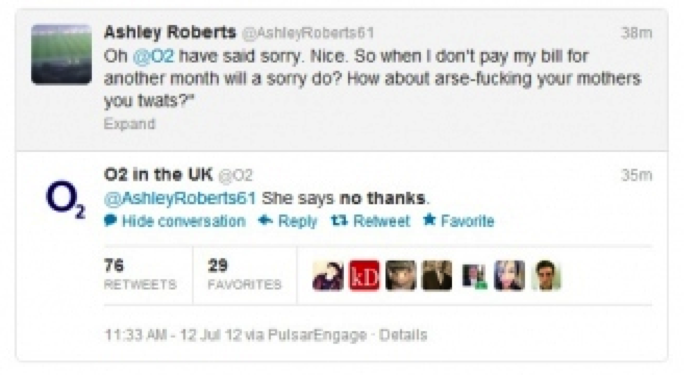 The Twittersphere quickly exploded with huge support for O2’s good-humored responses and their success was shown in the rapid speed with which Twitter conversation turned from negative to positive, as shown in the graph below.

O2 managed to achieve this turnaround with only a 64% increase in daily tweets, proving that their tone of voice was their savior.

TIP: During a crisis, don’t lose your social tone of voice. If you suddenly launch into a corporate apology and overly PC comments and responses they won’t seem genuine.

Neira also discusses the positive effects of both amplification and advocacy:

Amplification: Use all of the social media channels you have available to ensure that everyone is receiving the information that they need.

Advocacy: Third party experts can become powerful allies in a crisis situation, seek them out and provide them with honest information.

Your crisis plan will be individual to your organisation but, according to the uber intelligent Amy Neuman your top line plan should look a little something like this: 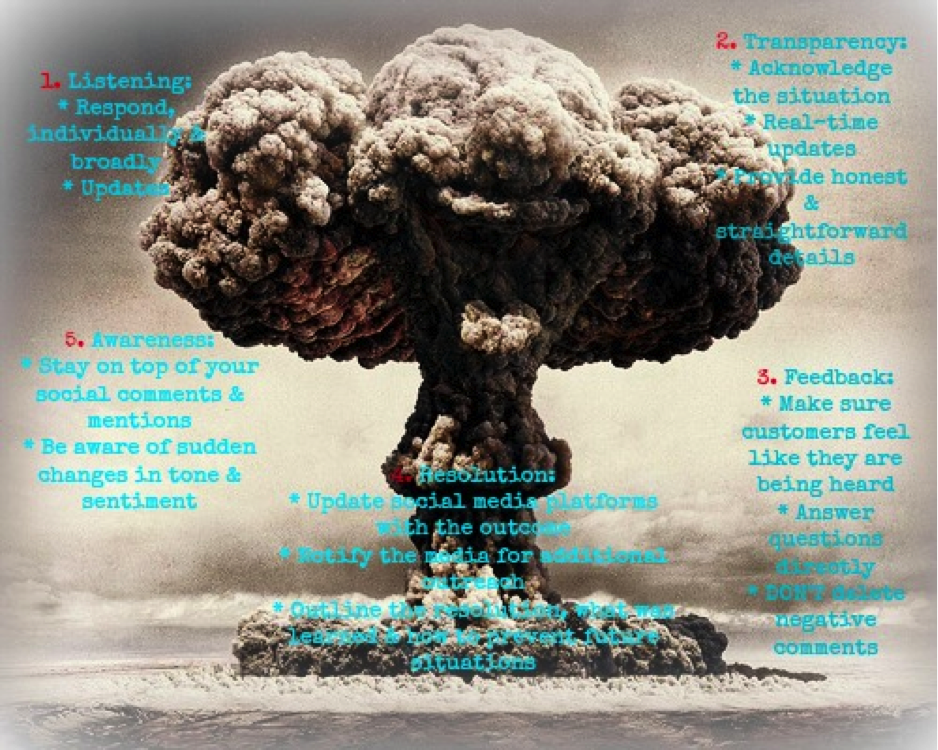 The easiest way to mitigate any crisis is to be proactive. It was obvious from their rapid response that O2 had a crisis plan in place. Acknowledging your social presence and putting a social media crisis plan in place should be a massive part of any business, and this plan should be reviewed regularly. A Gartner study conducted this year reported “75% of organisations with business continuity plans will have public social media services in their crisis communication strategies by 2015.”

The question is; will you be one of those organisations?

Failing all of this, we’ve heard that filming yourself doing the ‘Gangnam Style’ dance works wonders…