The disavow tool was announced by Matt Cutts during PubCon on 17 October 2012 and was seen by some as the saviour of penalised websites, the demise of good SEO by a few, and the tool that will provide Google with even more data by the rest.

This post will establish who is most affected, who should use it, and the real reason Google released this tool.

What is the purpose of the tool (according to Google)?

The following statement was lifted directly from the Google Blog, and clearly states that Disavow has been released to assist web owners who have been affected by the ‘unnatural links’ penalty.

“Today we’re introducing a tool that enables you to disavow links to your site. If you’ve been notified of a manual spam action based on “unnatural links” pointing to your site, this tool can help you address the issue. If you haven’t gotten this notification, this tool generally isn’t something you need to worry about.”

Who should use it? 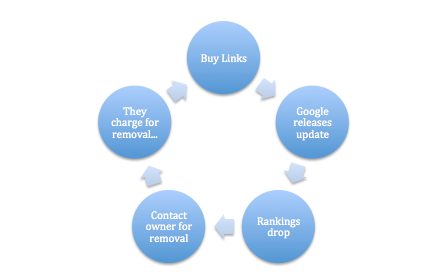 This is a very unfair process. By releasing disavow, Google have stopped the main culprits of bad links from receiving money for link removal.

What is the real purpose of the tool?

I worry that penalty influenced web owners who have been given link lists from agencies or in-house members, have had enough of the damming affect the penalty is having on their business, and will become trigger happy with this tool. 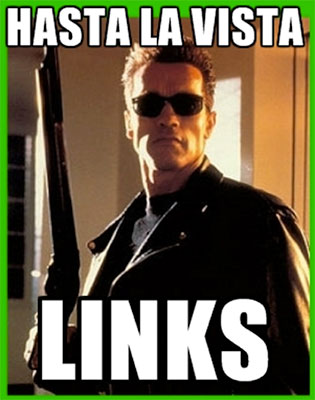 Another concern is that the release of this tool will de-value the work of skilled SEO agencies, leaving business owners thinking they can now take matters into their own hands.

For anyone working in an agency, this will prove to be a tough time for client relationships, especially when manual reconsideration requests have been knocked back 2/3 times because you haven’t touched Google’s sample data yet. Just because you haven’t had a successful reconsideration request yet, that doesn’t mean you’re doing a bad job. It takes persistence and hard work to get penalties lifted – something many businesses don’t understand

The disavow tool should be designed to tell Google to ignore links from specific domains, with Google informing us if a website owner does a ‘Schwarzenegger’

Are Google slowly turning Penguin into a manual penalty?

Google clearly state that this tool is specifically for manual penalty websites to use only. However, in the Disavow Q&A section within their blog, Google have answered a question about this:

Q: Should I create a links file as a preventative measure even if I haven’t gotten a notification about unnatural links to my site?

A: If your site was affected by the Penguin algorithm update and you believe it might be because you built spammy or low-quality links to your site, you may want to look at your site's backlinks and disavow links that are the result of link schemes that violate Google's guidelines.

This leads me to believe that Google are collating as much data as possible on all low quality domains that web owners believe are hampering their websites performance. How does this help Google? It helps them identify more low quality websites and will assist them in their future endeavours for Penguin and Badger (or whatever they next call their black and white animal related algorithm update…)

Google have released the disavow tool with the underlying message of giving the web owners the best change of their reconsideration requests being accepted. Will this mislead a lot of web owners? Probably.

Google asked users of the disavow tool to submit a reconsideration request 2-3 days after and I hope web owners hear back quicker through this method than the traditional reconsideration approach which has proven to take a long time (2-10 weeks from personal experience).

It is obvious that this is a method of data collection for Google, a way of turning the Penguin recovery process into a manual penalty removal and only time will tell how they use this data. But, there is no doubt that it will come back to bite some of us in the a&% at some point in the future.

We hope you enjoyed this blog by James Perrott who leads the SEO team at Zazzle Media. If you have any questions, please feel free to leave them at the bottom of this post and James will get back to you as soon as possible.

“Just to sum up a couple of points:

Be patient - Google sent out thousands of link warning alerts in GWT after penguin. Those that replied with reconsideration requests gave a clear sign to Google that they were doing SEO and practising in spammy/paid link building tactics. That's obviously not a good message to be putting out there - so my concern would be by submitting to the disavow tool as soon as it's launched, that's a clear sign to Google that you're switched on to SEO.”


“This tool in some form has been a long time coming, Bing released a similar tool a few months back.

Both tools we have to assume work in a similar way - and in that vein we don’t actually know specifically what effect disavowing a link will have. What we also don’t know what excessive use of the tool will do to your brand within Google's eyes as sculpting anything with the algorithm has bore penalties in the past.

There is a significant difference between a backlink profile that has been penalised and then links which Google 'ignores' due to poor quality! Also this sounds a bit like Google asking for a map to bad links. You send Google a list of all your bad links, they aggregate over many sites and they now have a list of url's people consider to be link farms (and the like).

My advice would be to keep your ear to the ground for a while, don’t just jump in because the feature is new and shiny! Continue to follow the 'old' advice of contacting etc. and use this new tool carefully as a last resort.”


“From a negative SEO perspective (which whilst possible, and IS happening in reality - is not as widespread as the chatter on the topic might have you believe), the creation of a Google Disavow tool was inevitable.

Too many people are too afraid that there is no response to be made to being targeted in this way. That said, identifying when this has happened to you is not easy if you don’t know what to look for, and if it involves hundreds of thousands of links, it’s likely to be difficult to document all of the problematic links to report back to Google in this way. I welcome the creation of this tool, as it will assist with the final stages of cleaning up a “damaging” link profile, but it’s certainly not an “easy” way out for those who just want a free pass on their iffy backlinks. I suspect it needs to be used with caution after putting in the long slog of trying to clean up those links the old fashioned way.

I also share concerns I’ve seen other SEOs suggest with regards to this being a continuing data collection exercise for Google though in their hunt for paid and manipulative link practices (following on from their Penguin update and Unnatural Link Warning emails). I’m not convinced that this is a job that other people should be doing for Google really.”

“I consider it useful if used with caution.

It should be used as a last resource IMHO, and not as the Magic Tool which will resolve any link based penalization.In fact, to disavow a link does not mean recovering in the rankings, just having a new chance to rank. So, use it, if necessary, but …start earning links with real marketing at the same time.


“The disavow tool will undoubtedly be a welcome addition for those still tackling penalised sites. It is, however, very much something that should be used as a tool of last resort. Google has said they still want to see manual removal effort so it is not an automated penalty removal tool. Instead it is more likely a mass scale automation move by Google to collect more info about spammy links. As a result its ability to actually fix penalties is probably a secondary thought. I wrote a piece this week for Search Engine Watch on the possible strategy behind this."


"My thoughts on the Disavow tool are very ambivalent: on the one hand I think it can actually really help website owners get rid of the last back links they can't get rid off when 'cleaning' their sites. It can be hard to get them removed so this tool can be very helpful.

On the other hand I think that many are too excited about it. For one it is not really a 'tool', just a way of letting Google know there are bad links. It will in some cases take weeks for Google to look at it, which indicates it is done manually. It is good that it is humans taking a look but at the same time that means you are a) not certain that the links will indeed be removed and b) you are telling Google which links you bought.

I think many underestimate the amount of information people are giving Google. And we don't know what Google is exactly doing with that information.

In summary its s useful tool for those with nowhere else to turn and nothing to lose but should not be wield willy-nilly. Engage brain before action!”


"I think the Disavow Tool is an interesting move on Google's part. I do worry, as I stated in tweets that day, that it will be used by spammers to recover their sites that they previously burned and abandoned. But, I think for the right sites it could be powerful and a business-saver, though it must be used with caution. I do believe that Google is going to be using the data to build better algorithms in the future, but as a whitehat marketer I am not concerned about this."

The Disavow Tool, in my opinion, is a human-powered Penguin algorithm. If a lot of people start using the tool, we're going to be cleaning the link graph for Google. It's a brilliant play on their side.

"I think it’s really difficult to say whether the disavow tool is going to make a significant difference to SEO, as we don’t really know enough about it yet.

I think overall the penguin update has been really positive for SEO, however I’ve seen a couple of sites that were hit for things they did five or six years ago and were unable to get the majority of the links removed – so for these situations, it will hopefully be a great resource.

I personally am planning on waiting a while before getting too excited and I’m looking forward to reading some case studies."

Please let us know your thoughts in the comments below.